Explore the most historical buildings in Funchal: the Santa Clara Monastery, the Town Hall, the Jesuit College and its church and finally enjoy a typical lunch in the Museum´s Café.

The walks are guided by students of the university of Madeira, who can give you a lot of information about the buildings and their history. In addition to visiting the various sights, you will learn a lot about the history of the surrounding area. 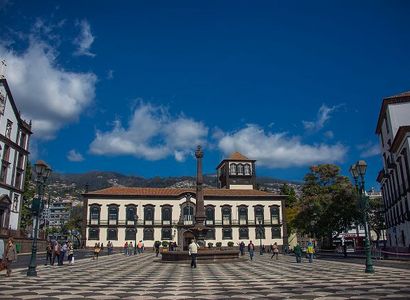 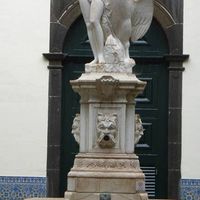 Santa-Clara-Monastery: In 1490 founded by João Gonçalves da Câmara, unmarried daughters of rich Maderensian families devoted themselves to religion. The monastery also had large agricultural land. Since 1890 the monastery is owned by the Franciscan Sisters, who use it as a school building.

Town Hall: Built in 1758 in Moorish style with baroque elements, the building was once the city palace of the wealthy count of Carvalhal, until it was purchased from the city in 1883 and used as a town hall.

Particularly worth seeing: The entrance portal carved in stones and the entrance hall with the blue and white tiles, the pompous staircase, the wonderful courtyard with the wall tiles, the marble statue "Leda and the swan"

Jesuit Monastery: The Jesuits came to Madeira at the end of the 16th century to consolidate the Catholic faith. From 1624 to 1647 the college and church were built in Moorish style with baroque window and portal frames made of dark volcanic rocks. Until the 19th century the building was one of the largest and most important of the city.

Particularly worth seeing: The statues of the founders of the Jesuit order are inserted into the facade of the church, the large high nave with gilded carvings, colorful tile pictures and paintings from the 16th and 17th century, the high altar, which is regarded as the jewel of the Madeira woodcarvings