The imposing archipelago of Desertas, which can already be seen on approach to the island of Madeira, consists of 3 small islands and is a nature reserve of the Madeira archipelago. About 15 nautical miles from Madeira, a variety of rare animal and plant species have settled on the islands. After a guided tour of the largest of the three islands, there is lunch on board and afterwards you can swim or snorkel in the crystal clear waters in front of the desertas. 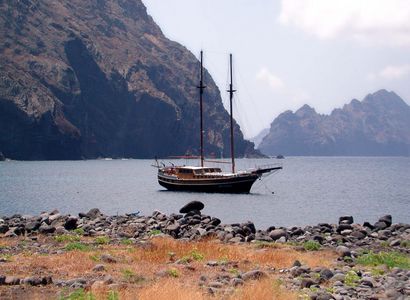 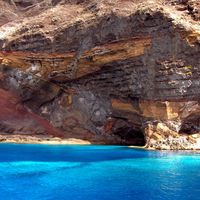 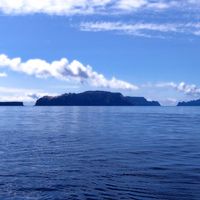 The Ilhas Desertas (Desertas Islands) are a group of islands off the southern coast of Madeira. The name Ilhas Desertas means "Abandoned Islands" because there is no population on the three small islands of Ilhéu, Deserta Grande and Bugio due to the lack of fresh water and drought. However, there is a small biological research station on the Deserta Grande, which has made it its mission to explore the animal species living there. Only with a special permit is it allowed to enter the island.

The Ilhas Desertas have been protected since 1990 and have been a nature reserve since 1995. On these islands you can find, among other things, the endangered monk seals, of which about 25 currently live there. There are also 16 different bird species on the desertas, including the Canary Piper, the canary living in the wild. The Ilhas Desertas also impress with their special flora. The animals and plants on the islands have adapted to the dry and barren landscape and found their refuge here.

The  journey from Funchal to the Desertas on the sailing ship Bonita da Madeira takes about 2.5 hours. Upon arrival there is a guided tour of the Deserta Grande. Here you will get a beautiful impression of the island with its numerous colourful cliffs as well as the caves. Afterwards we dock in a sheltered bay, where after a lunch on board you can spend the afternoon in crystal clear water with swimming and diving. Let yourself be enchanted by the natural diversity in the nature reserve of the Ilhas Desertas and discover with a little luck one of the 25 monk seals.

On  board the Bonita da Madeira there are plenty of sun and shade spots. During the trip you can enjoy great views of the south coast of Madeira and often also dolphins and even whales are spotted. The guided tour on the Deserta Grande is also conducted in English.

Below deck there are 9 cabins with toilets where you can easily change after swimming. The well-equipped bar provides plenty of drinks while driving.