Visit of the historical center

Discover the historical center of Funchal with its most famous districts, the cathedral, Santa Maria Maior and São Pedro, on a tour guided by students from the university of Madeira.

During the circuit you will meet the main street Avenida Arriaga, the Cathedral and the Jesuit Monastery.  You will continue to the old town with its farmers market and the Rua de Santa Maria, known for its painted doors.

During the guided tour you will not only learn about the various sights but also about the country and its people and their life in Madeira. 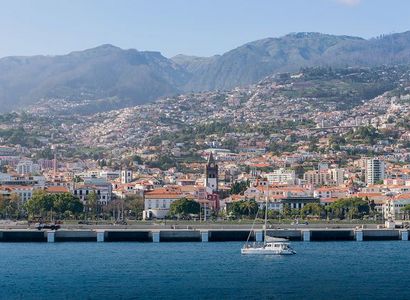 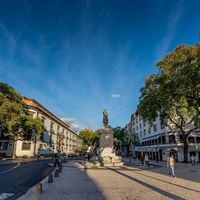 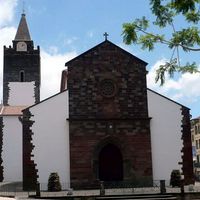 Avenida Arriaga: one of the most important and historic streets of Funchal, the old "folk-promenade" is now the city´s promenade. The avenue, framed by jacaranda trees, begins at the Praça do Infante with the monument of Henry the Navigator and ends at the cathedral.

Particularly worth seeing: The neoclassical city theatre, the city park, the former Chamber of Commerce with the blue and white tile pictures, the wine cellar "Old Blandys" and the cathedral

Cathedral "Se": The late gothic church was built in the years 1493-1514 with Moorish and Manueline elements and is considered the first cathedral outside the continent. The name "Se" means Bishop´s seat. From the outside the building looks rather modest for a cathedral, but this impression is quickly disproved inside.

Particularly worth seeing: The wooden ceiling of Alfarge (local wood) with ivory inlays, the blue and golden choir chairs, the carved seat rows with images of apostels and prophets, the baptismal font

Jesuit Monastery: The Jesuits came to Madeira at the end of the 16th century to consolidate the Catholic faith. From 1624 to 1647 the college and church were built in Moorish style with baroque window and portal frames made of dark volcanic rocks. Until the 19th century the building was one of the largest and most important of the city.

Particularly worth seeing: The statues of the founders of the Jesuit order are inserted into the facade of the church, the large high nave with gilded carvings, colorful tile pictures and paintings from the 16th and 17th century, the high altar, which is regarded as the jewel of the Madeira woodcarvings

Old Town: The "Zona Velha" is the medieval district, where Funchal began to settle in the 15th century. Particularly worth seeing here:

The Market ("Mercado dos Lavradores"): In the with tiles decorated corridors women are selling exotic flowers, in the first floor you are offered tropical and subtropical fruits for tasting. In the fish hall you will see huge tuna fish, scabbard fish ("Espada") and a variety of other fresh fish and seafood.

Rua de Santa Maria: Behind the market are  the narrow streets of the old town. The most famous and the oldest ist the Rua de Santa Maria. Since 2011 Portuguese artist decorate the doors of this street with their art. Several galeries and a variety of restaurants are making the street a popular destination.