Machico for sure has one of the most beautiful and largest bay of Madeira. Machico is also the oldest village ( today city) of Madeira, the point where the dicoverer of the island first landed.The city has a nice centre with the fishervillage and the normal village.Just behind the bridge begins the fishervillage with its small houses : have a look at the Banda d`Alem , a tipical place , where the fishermen lived.Today Machico has a nice marina, an artifical sandy beach was built in September 2008 and a lot of restaurants, bars and shops. It is the 2nd biggest city of Madeira.

The eastern part of the island was discovered first. There is a sad love story about how Machico came to its name: Rober Machim and Anne Dorset had to run away from England to get together....they came to the Bay of Machico but Machims beloved became very ill and died.....whether this legend is true or false, nobody knows, for sure, Machico is named after Robert Machim.
Untill 1995 Machico was still very famous for Tunafish fishing - Machico had lots of big boats for catching the Tuna , who usually appears in the spring period and afterwards moves into the direction of the Azores island. The fishermen went after the Tuna so that sometimes they were more than 6- 7 month on the atlantic without visiting their families. In the last years, more and more former fishermen started to work in the construction, which is paid better and the people don&acute;t have to leave the island and stay with their families.
In the beautiful bay with lots of restaurants, cafés and bars there is a small Marina and a nice and small sandy beach.Until 1986 whales were catched in Canical, the most eastern part of the island.Still today there is a nice museum, which can be visited.One of the most beautiful walks one can do is the Ponta Sao Lourenco Bay ....nature resort since 1982 , cliffs with about 180 m altitude...
Machico is a good starting point for Levada walks and walks along the coast ( Larano ).For golfers : you reach the 27 hole golf course in about 10 minutes drive. 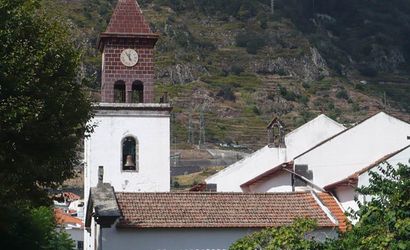